Learn About Colombo’s Restaurant and Meet Our Family

When talking about the Colombo’s Restaurant family, we have to start from the very beginning with Jimmy. James B. “Jimmy” Colombo was born in Gypsy, WV (Harrison County) in 1912, and was one of 21 brothers and sisters in his family. Jimmy married the former Ann Lehosit, who like Jimmy came from a big family, as she was one of 15 children. Jimmy and Anna’s fathers both worked in deep mines in Clarksburg. In the 1930s, Jimmy was a West Virginia Golden Gloves champion and a ranked professional welterweight fighter who trained under legendary trainer Jimmy DeForest. The two trained at the New York fight stable of legendary fighter, Jack Dempsey. In 1932, Jimmy took his first step into the restaurant business (see below). Jimmy and Anna went on to have two sons, David and James E. Colombo. David and his wife Carol have six sons, and the entire family currently lives in the Columbus, OH area. James E., on the other hand, remains in the Parkersburg area. A lifelong businessman, James E. was elected and served as the mayor of Parkersburg from 1997 to 2006. James E. and his wife Sharon have four children, including James Michael Colombo, who are the third generation of the Colombo family involved with our Italian restaurant.

The History of Colombo’s Restaurant

In 1932, James B. “Jimmy” Colombo began working in the restaurant industry, which set in motion the events that led to our Parkersburg Italian restaurant you know and love today. After working in the restaurant business in Nutter Fort, WV (Harrison County), Jimmy built his first Colombo’s Restaurant on Bridgeport Hill in Clarksburg. After operating the restaurant at the Clarksburg location for nine years, Jimmy moved Colombo’s to 1236 7th Street in Parkersburg in September, 1954. The original Parkersburg restaurant seated only 60 patrons, and has undergone several expansion projects to turn the restaurant into its present form. Our current restaurant at the same address seats well over 300 guests, and features a much larger parking lot than before. The Colombo family is still actively involved, and works hard to serve our valued patrons the finest pizza, pasta, and Italian cuisine in the Mid-Ohio Valley. We are proud to be Parkersburg’s premier Italian restaurant, and look forward to having our family serve your family for many years to come. 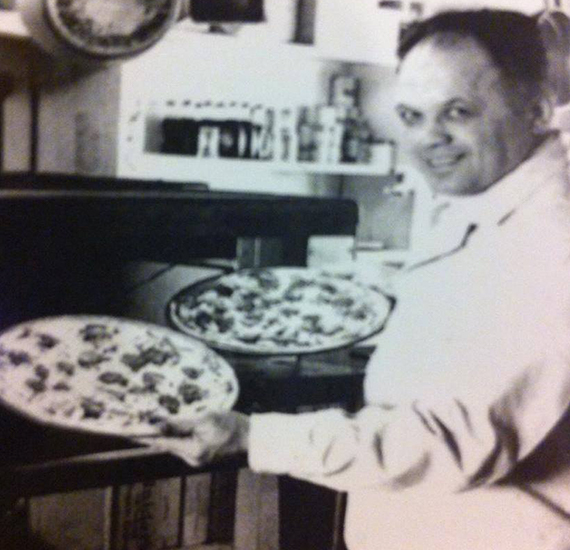